Contributed by Will Deutsch 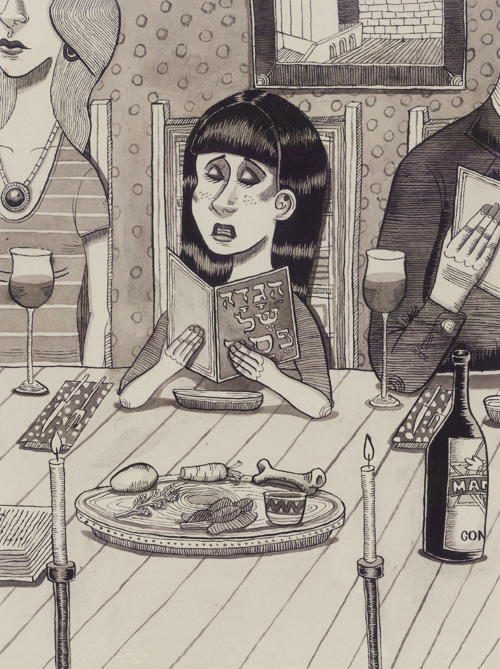 I gave my tenth and last performance of the Ma Nishtanah during the second night of  seder at the age of ten. Friends and family gathered around the table to witness the  final impassioned rendition. You see, when you're the son of a Cantor, people expect a lot of you.  And I delivered year after year. Question after question. That night was no exception. Some children need the crutch of transliteration. I didn't even need a Hagaddah. Going completely off book, I begged of the table: "Ma nishtana ha-laila ha-zeh mi-kol ha-leilot?"  Without a script, I had the freedom to gesture, to look into their eyes and demand to know why we were dipping our herbs twice that evening. To my recollection there was applause. But truth be told, the glory of the four questions is short lived. There's always someone younger, cuter, just waiting to take your place.  And quite literally, with a baby sister who was turning five, I was getting too old for it.

I haven't sung that song in 16 years. So this year, I created a new set of questions that have been on my mind:

1. If the purpose of engaging the children during the seder is to fulfill the duty of passing the story down, wouldn't it make more sense just to plop them in front of a television and pop in "The Prince of Egypt?" The story itself is far less convoluted than the one in the Haggadah.  Not to mention the fact that it is told through a medium targeted at children, complete with modern animation and an award winning sound track. I'm an adult and still have trouble wrapping my head around the part about the five rabbis and difference between anger, wrath, indignation, trouble and messengers of evil.

2. I know that it's not particularly Jewish, but being as it is probably the most famous seder, I can't help but wonder: who sang the Ma Nishtanah at the last supper (I would assume it was John as he was the youngest disciple)? Furthermore did they have an afikoman? And if everyone present was eating matzah why are they never depicted with crumbs all over their robes? Also, at the end did they bother saying 'Next year in Jerusalem?'

*In the interest of the third question, I have removed the fourth.

by Dave Cowen
INT. COMEDY CLUB - NIGHT JERRY Do you know why they call it Passover? G-d told Moses that the Israelites should mark their doorposts with lamb’s blood. So that He could “pass over” their houses. And spare them from the plague of the killing of the first born. My question is: Who was put in charge of telling everyone? That’s a big job. There’s a lot counting on that job. What if someone isn’t home? How did they tell them? Did...
Songs

Take Me Out to the Seder

by Rabbi Barry Dov Lerner
(sung to the tune of “Take me out to the ball game")   Take us out of Egypt Free us from slavery Bake us some matzah in a haste Don't worry 'bout flavor-- Give no thought to taste. Oh it's rush, rush, rush, to the Red Sea If we don't cross it's a shame For it's ten plagues, Down and you're out At the Pesach history game
Introduction 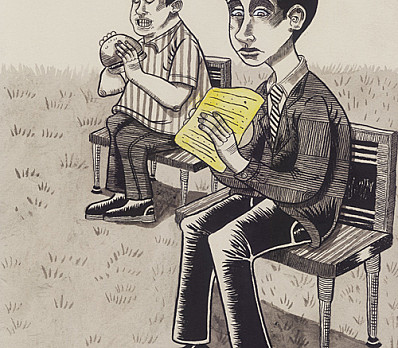 by Warren Hoffman
I'm in hour three of cleaning my kitchen and there's still no end in sight.Crouching on my kitchen floor, refrigerator door open, food stuffs spoiling around me, I wonderIs this what the Israelites did? Did they throw out their moldy jars of pasta sauce and shriveled vegetables, so rotten I'm not sure what some of the things once were?I have taken my kitchen apart in a rather manic fashion.  Pots to scour sit on the countertops, cabinet doors are open, their...
Introduction

Let's get this party started 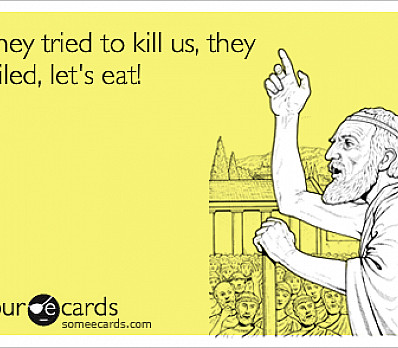 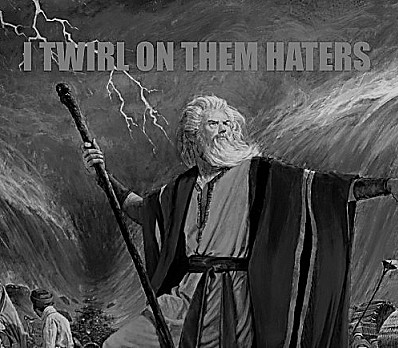 by Kelly N. Z. Rickard
We were slaves in Egypt, now we are free. Let’s have a Seder! What’s on the Seder plate? Egg, herbs, bone, greens, charoset Let’s drink some wine. Why is this night different? Why is this child different? Ten plagues on the Egyptians. Enough already – Dayeinu! Drink wine again. Matzah, Maror, Hillel sandwich, let’s eat! Where’s the Afikoman? Thanks for the food! Drink some more Wine. Open the door for Elijah! Drink some wine – last one. Thanking and singing. Next...
Introduction

by Dave Cowen
THE SEARCHING FOR AND REMOVAL OF THE HAMETZ LARRY WATCHES AS HIS MANAGER AND BEST FRIEND, JEFF GREENE, AND JEFF’S WIFE, SUSIE, EAGERLY SEARCH FOR HAMETZ AROUND THEIR HOUSE. LARRY DAVID What is this? What are you guys doing? SUSIE GREENE What do you mean, what are we doing? We’re searching for Hametz? LARRY DAVID Since when do you care about Hametz?  I’ve gone to Italian restaurants with you the night after Seders?   SUSIE GREENE That was before Rabbi Rebecca and...
Kadesh 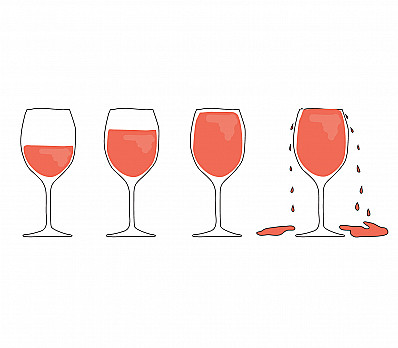 by Michelle
KADESH: Happy Hour begins Humorous Bangitout.com Q. "Red, Red, Wine...Stay close to me" -- Why Red Wine, Bob? Sure there is the whole symbolic "looks like blood" thing (Jewish slaves or Paschal Lamb? You make the call) -- but the Ishbitzer Rav gives a novel interpretation: Wine, is the product of a long process (the longer it takes, the more expensive!) From the grape to the bottle, it goes through some long hard processes. So too, the Jewish Nation also requires...
Urchatz 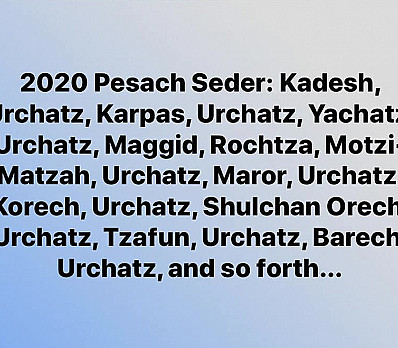 by Dave Cowen
Seinfeld Urchatz by Dave Cowen (adapted from The Yada Yada Haggadah) INT. JERRY’S APARTMENT - NIGHT ELAINE Now what? KRAMER It’s time for the Urchatz. Where we all wash our hands before the meal with this. KRAMER PASSES A BOWL FILLED WITH WATER TO ELAINE.  ELAINE OK... ELAINE WASHES HER HANDS. THEN WHEN SHE IS DIRECTED BY KRAMER TO PASS THE BOWL TO THE NEXT PERSON, JERRY REALIZES WHAT’S GOING ON. HE TURNS HORRIFIED: JERRY Wait. We’re all washing our hands...
Urchatz

More clips from Will Deutsch 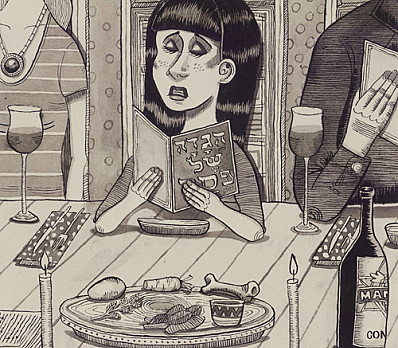 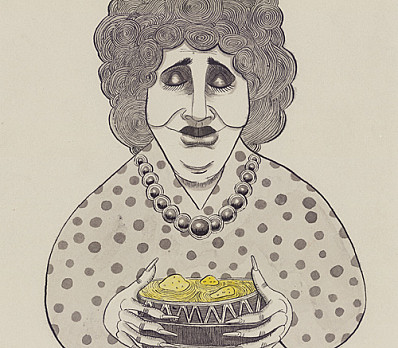