THINKING about postwar Iraq, I found myself recalling the story that used to be told when I was an undergraduate. An American tourist, impressed by the lawns in the College quadrangles, asked the porter how you get grass to grow like that. “Well,” he said, “first you prepare the soil, then you plant the seeds, then you water the ground - and then you wait a thousand years!” It takes time to grow a lawn. It takes time to build a free society.

Iraq, Afghanistan, Kosovo - the pattern is tragically familiar: the attempts to find a diplomatic solution, then military action, and then the moment of victory. There are scenes of jubilation. People in the streets feel the dawn of a new age. Then comes the loss of order. Homes and offices are looted. Old scores are settled. There are murders. People begin to wonder whether the cure might be as bad as the disease. Meanwhile, the cameras have moved on, the world’s attention shifts, and the local population feel abandoned. Those are the dangerous moments, and the Iraqi people are experiencing them now. Liberation can come quickly. Liberty - the rule of law, the administration of justice, the honouring of human rights - never does.

We are currently in the midst of one of the least understood periods of the Jewish calendar. It is called “the counting of the omer”, the 49 days between Passover and Pentecost. It is our custom to make a special blessing on each of these days. In seasonal terms, this was the time of the grain harvests, of which an offering was brought to the Temple.

But the Jewish festivals are not only about the seasons. They are also about history. From this perspective the counting of the omer represents the journey between the Exodus (Passover) and the revelation of the Ten Commandments at Mount Sinai seven weeks later. It is, in other words, a reminder of the journey from liberation to the constitution of liberty.

Freedom, the Bible is suggesting, is never won overnight. As the Jewish folk saying has it: it took one day to get the Israelites out of Egypt. It took much longer to get Egypt out of the Israelites. That involved law, discipline, self-restraint. It required a massive effort of education. To this day, Moses’s words on the subject resonate with pristine power: “These commandments that I give you today must be in your heart. Teach them repeatedly to your children. Talk about them when you sit at home or walk on the way, when you lie down and when you rise.”

A free society can only be built by people educated into the responsibilities of freedom. Without this, liberty becomes lawlessness, which in turn leads to a new tyranny as people turn to a strong leader who promises order even at the cost of freedom. Thus history repeats itself and the new dawn turns out to be no more than a prelude to the return of old, dark night.

There is no short cut from liberation to liberty. That is the symbolic significance of “counting the days” betweenPassover and Pentecost. Freedom is a journey, not a sudden achievement. I wonder whether we have yet learnt the biblical lesson of the long walk to freedom, which is that what a nation teaches its children is as significant as the arsenal of weapons it holds. It’s when the war on the battlefield is over that the task of education begins. 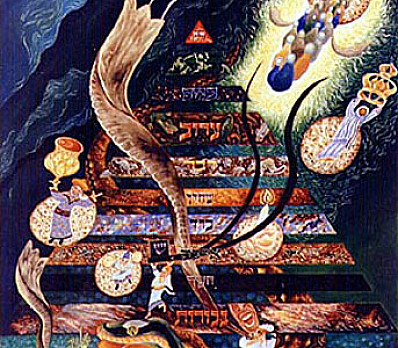