Contributed by The People's Zoom 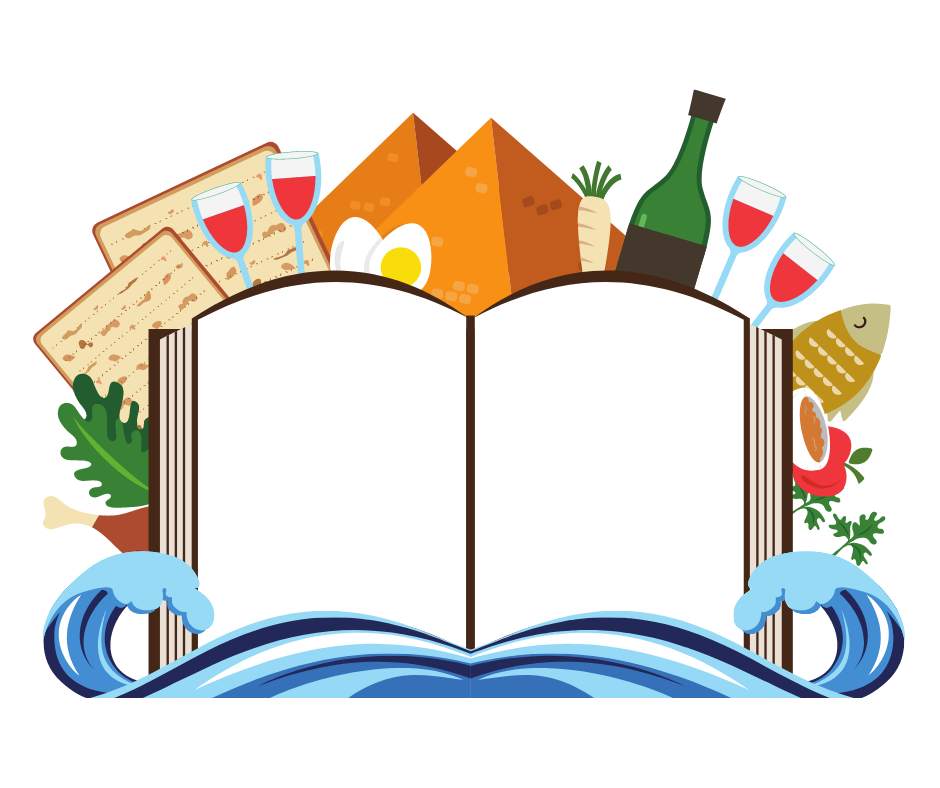 Before we begin tonight's Passover seder ritual, we acknowledge, reflect on and commit to constantly learning the ways in which we, as non-Indigenous people on our respective lands where we are settlers and guests, have benefited from colonialism, former and ongoing, which has displaced, hurt, taken away and tried to erase Indigenous, First Nations, Inuit, Métis and Two-Spirit peoples.

As Jews, we have also suffered from land and cultural displacement, so it is imperative that we commit to Reconciliation in holistic and actionable ways in solidarity with the stolen Indigenous lands and territories that we have settled on. Reconcoliation and decolonization are words that we often see in our social feeds and the media, but what do these actually mean? Have you learned about the history of the lands you are inhabiting? How do you demonstrate co-conspiratorship (rather than passive allyship) in supporting and uplifting Indigenous community members who want to do more than just survive - but also thrive? The generational and inter-generational traumas and impacts colonialism has had, and continues to have on Indigenous peoples isn't over. Indigenous families are ripped apart as children are placed in foster care with non-Indigenous families due to a colonial system that deems parents as unfit, who suffer from the lasting impacts of Residential 'so-called' Schools. Indigenous youth who have lost family members to addictions because of the effects of intergenerational trauma have no connection to their identity and culture and turn to violence because there's nowhere else to go, and end up incarcerated in a system that is not designed to help them heal. The thousands of Missing and Murdered Indigenous Women and Girls whose families and friends still have no answers.

During Passover, we talk about the oppression, enslavement, and persecution of the Jewish people. We dream of collective liberation and what that could look like. As Jews, we commit to lifelong community building, tikkun olam (giving back), study and ritual-sharing. As settlers, this should be no different: we must commit to a lifelong learning and listening to what Indigenous people are telling. We must share and move resources, fight for Land Back, and call out anti-Indigenous racism when we witness it. We must reimagine the colonial structures and institutions and actively work to decolonize them by dismantling the current system. For most of us who make up the Jewish diaspora and live as settlers on the lands that we inhabit as guests, we must listen to Indigenous voices and stories and continue to use our platforms in any way possible to amplify those voices and educate others.

As we begin...
We gather on Passover (Pesach) to recall a moment of resistance and liberation in the history of our people. The story of Exodus reminds us of the transformative power that our people wield when we confront oppression (JFREJ BLM Haggadah Supplement). In the northern hemisphere, Passover coincides with the beginning of spring: a time for renewal, rethinking, rebirth. We throw open the windows of our houses, we sweep away winter's grit and dust. The story of Passover is a story of liberation and new beginnings: what better time to rethink our liberation than now, as new green appears? May this Passover spring give us the insight and courage to create ourselves anew (The Velveteen Rabbi's Haggadah).

Origins (from The Velveteen Rabbi's Haggadah)
Once we had two spring festivals: Pesach, a lambing holiday, and Chag Hamatzah, a holiday celebrating the year’s first grain. In the second half of the thirteenth century B.C.E., when tradition tells us our people left Egypt, the two celebrations became one. The name Pesach comes from pasach, to “pass over” (as God “passed over” the houses of the Hebrews), and matzah came to mean the unleavened bread which represents the haste of our departure. Passover has four aspects. It is seasonal, rejoicing in spring. It is historical, marking the “birthday” of the Jewish people. It is a festival of freedom. And it is a ritual of preparation for an ultimate redemption, of which our first redemption was a hint and a promise.

More clips from The People's Zoom 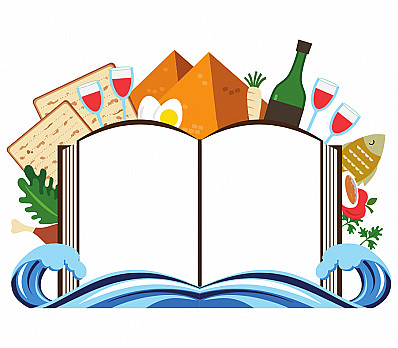 by The People's Zoom
Does someone want to make a welcome address? Opening poem or words of welcome can go here.
Introduction 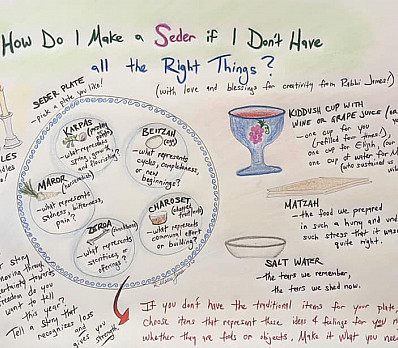