Leader: The Exodus story, though ancient, also resonates through the generations because it is the story of liberation and deliverance. For the Jewish communities of Ethiopia and Uganda, it is not hard to imagine themselves as coming out of Egypt, as they have experienced liberation and exodus not just as metaphors but as experiences in their lifetime.

In 1984, the Beta Israel—a secluded 2,500-year-old community of observant Jews in the northern Ethiopian mountains—began a secret and dangerous journey of escape. His family embarked on the dangerous walk across Ethiopia to Sudan. This was a life-defining event for Avishai in many ways. Then 10 years old, he was kidnapped by slave traffickers in a Sudanese refugee camp. He was found by an Israeli special agent and returned to his family in time for them to board the plane to Israel as part of the Israeli airlift called Operation Moses. He made a documentary film about his experience, breaking his 20-year silence about the traumatic kidnapping he, along with other children, endured in Sudan. “400 Miles to Freedom” chronicles Avishai’s exploration of what it takes to claim one's own identity. From Israel to the United States he connects with other Jews of color with similar struggles, and discovers how his community's trek across Africa, and what happened to him along the way, is part of larger histories of people affected by immigration, war, and Diaspora.

Rabbi Gershom Sizomu is the leader of the Abayudaya Jews of Uganda, which means “people of Judah.” This 2,000 strong community in Eastern Africa has only been in existence since 1919. According to Rabbi Sizomu, “At Passover, every person is supposed to feel as though he himself left Egypt. But we do not need to imagine, we were rescued from ‘slavery’ and saved by divine intervention in order to celebrate. When dictator Idi Amin Dada took power in Uganda in 1971, the practice of Judaism was outlawed. My father was caught studying Torah and only survived after the officer demanded a bribe. Three leaders of the community. were arrested and tortured for collecting iron sheets that had been blown off the roof of the Synagogue. In April 1979, on Passover, Ugandan rebels kicked Idi Amin out and declared freedom of worship. This was considered a miracle from above and Passover remains a special moment for all us. It is amazing that the reign of terror ended and that freedom of worship was reinstated at this season of freedom. That, Amin, like Pharoah, was humiliated on the Eve of Pesach could not have simply been a mere coincidence. It was our Passover miracle.” 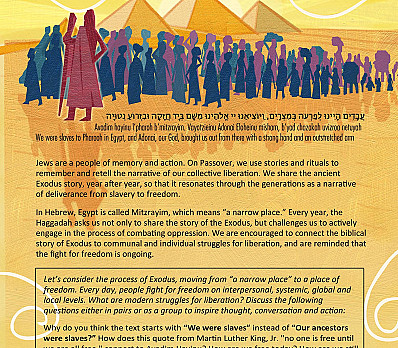 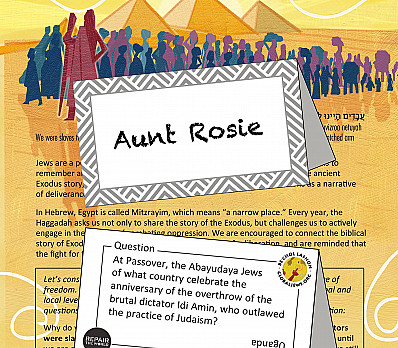