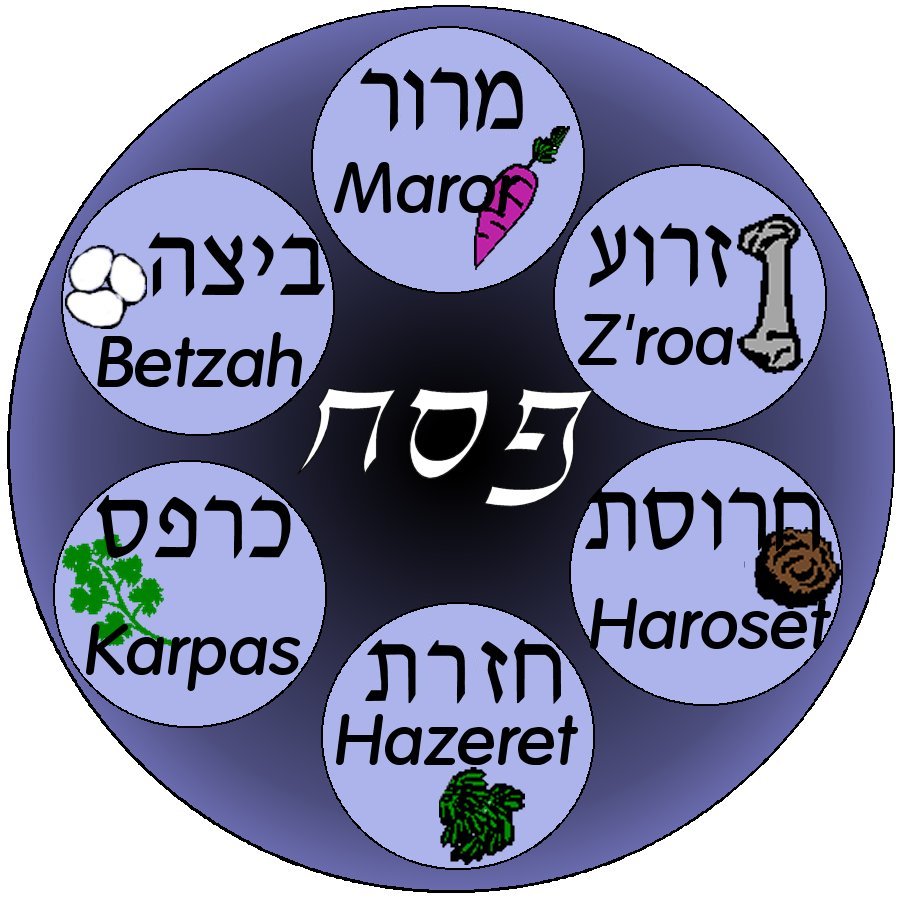 This is one of the most sensory-heavy rituals of the Jewish year. We don’t just tell the story of the Exodus, we see, smell, feel, and taste liberation. Most of the elements of this sensory experience appear on the seder plate, which is used as an aid to help us tell the story of Passover. The plate traditionally holds five items, each of which symbolizes a part (or multiple parts) of the Passover story. There is no wrong way to arrange the ceremonial items on the plate but typically they are ordered according to the narrative of events in the Exodus from Egypt. The Passover Seder revolves around this plate and the symbolism of it's items:

Salt Water Bowl - The salt water symbolizes the tears and sweat of the Jewish slaves. It can also recall the splitting of the Reed sea and the destruction of the Egyptian army. (Exod 3:7, 14:16,21)

Matzah - Unleavened bread is used in commemoration of that first seder meal and the haste in which the Israelites left Egypt — giving them no time to allow their bread to rise. (Exod 12:34,39, 13:6-8) The seder table should have three pieces of matzah wrapped or covered in a cloth.

In most cases the matzah and salt water sit near, but not on, the seder plate. 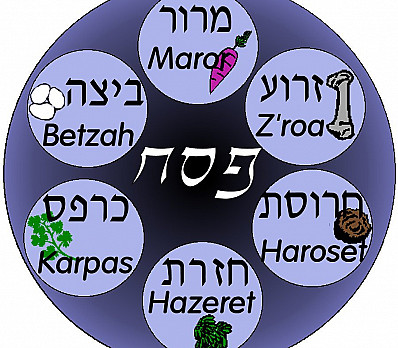 The Steps of the Passover Seder 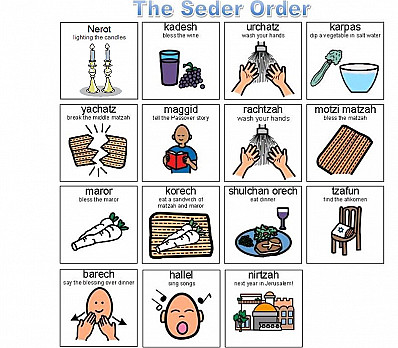 by Julie Harman
According to the Torah, we cannot partake of the meal until we have retold the story of our redemption, to our children. To help start the story a child (traditionally the youngest) asks the "Four Questions" about this special evening: Mah Nish-ta-nah Ha_lai-lah Ha-zeh Mik-ol Ha_lei-lot? How is this night different from all other nights? Consider this opening question as the central message, in regards to the purpose of our Passover Seder. She-be-khol Ha-lei-lot A-nu Okh-lin Cha-metz U-metz-ah Ha-lai-lah Ha-zeh Ku-lo...