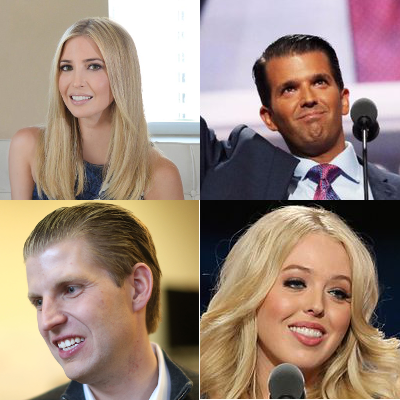 The story of the four Trump children is told.

There are four Trump Children that are not considered "off limits."

The wise child, Ivanka Trump, what does she say?

"It is a terrible thing that we are the only industrialized nation in the world that does not offer paid maternity leave and I am excited to be part of a dialogue about this and, hopefully under a Trump administration, have that changed."

You should say to her that this is not so, as

"If you're an older man, I think you can generally say you're not going to need maternity care,"

The wicked child, Donald Trump Jr., what does he say?

“They’ve let her slide on every indiscrepancy, on every lie, on every DNC game trying to get Bernie Sanders out of this thing. If Republicans were doing that, they’d be warming up the gas chamber right now.”

You should say to him that

“Everyone’s suffering [in] the Holocaust including obviously all of the Jewish people affected and miserable genocide that occurs — it’s something that we consider to be extraordinarily sad,"

The simple child, Eric Trump, what does he say?

"Ivanka is a strong, powerful woman. She wouldn’t allow herself to be subjected to [sexual harassment]"

You should respond to him that

I’ve got to use some Tic Tacs, just in case I start kissing her. You know I’m automatically attracted to beautiful — I just start kissing them. It’s like a magnet. I just kiss. I don’t even wait. And when you’re a star, they let you do it. You can do anything.

Tiffany Trump, who does not know how to win her father's affections and love. Rather than expose her to unnecessary surgical procedures, you should give her a long-winded answer that, upon inspection, turns out to be complete gibberish and nonsense. 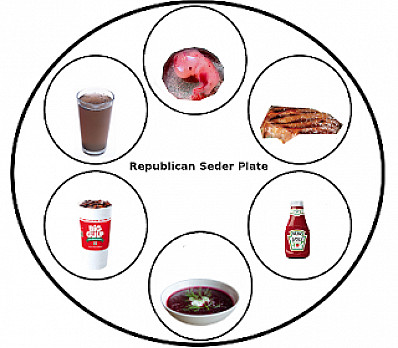