In the Occupy movement, on Wall Street most dramatically, some people grabbed hold of the concept and realities of imbalances of wealth and infused already present economic concerns with worries about the divisive nature of our economic systems taken for granted for some time. To "Occupy" the Jewish holiday of Passover, is, here, to symbolically claim our right to imbue it with the freedom to question the older meanings of the journeys of Exodus and freedom in general.

The story, according to Judaism and the Haggadah in particular, is to be both repeated each year in a specific order, and, as Jews, we are considered obligated to re-experience as much as we can what it felt to be slaves as the Jews were under the grip of the Egyptians with their Pharaoh. And of course to appreciate the freedom they won -- and were granted -- and we continue to cherish.

So "Occupy" Passover is to do what many of us have already started to do, in taking the holiday with its glorious food and the mood of the gorgeous tables filled with what we have known as the most delicious of foods, and improvising the rest by sharing diverse concepts of freedom. The idea of Passover is that the issues of slavery and freedom are for all of us: my idea is if that is so, we need to confront the slavery not only in the most obviously brutalized parts of the world, but in ourselves as well.

We have become so used to seeing ourselves as free, and for so many of us as seeing ourselves in the freest nation on earth, that we can become allergic to even considering the ways in which we ourselves are controlled by prejudice and superstition. My favorite way of approaching Passover, getting back to the beginning, has for years been to write an alternative Haggadah that takes into account the notion of our becoming free, rather than to assume we already are.

"Occupying" Passover would involve, perhaps, subjecting ourselves to questions about our own lives, our own ways of living or avoiding freedom. On this small planet of ours, as far as I'm concerned, any version of reality which involves exclusionism needs to be amended. We need to look to the likes of Joseph Campbell who knew we needed ways to celebrate which could unite us. And I suppose part of any true exodus, would be to search for those ways. 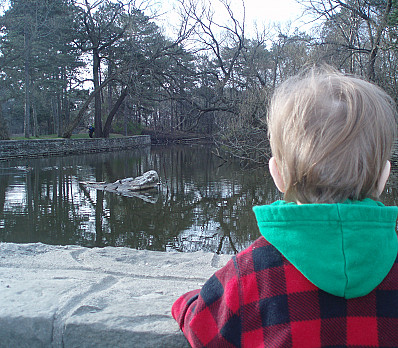 by ruby rowan
In the Occupy movement, on Wall Street most dramatically, some people grabbed hold of the concept and realities of imbalances of wealth and infused already present economic concerns with worries about the divisive nature of our economic systems taken for granted for some time. To "Occupy" the Jewish holiday of Passover, is, here, to symbolically claim our right to imbue it with the freedom to question the older meanings of the journeys of Exodus and freedom in general.The story, according to...