We place a Seder Plate at our table as a reminder to discuss certain aspects of the Passover story. Each item has its own significance.

Maror – The bitter herb. This symbolizes the harshness of lives of the Jews in Egypt.

Charoset – A mix of sweet wine, apples, cinnamon and nuts that resembles the mortar used as bricks of the many buildings the Jewish slaves built in Egypt.

Karpas – A green vegetable, here, parsley, is a reminder of the green sprouting up all around us during spring and is used to dip into the saltwater.

Zeroah – Usually a roasted lamb or shank bone symbolizing the sacrifice made at the great temple on Passover, but here, grapes, olives, and barley. The olives and grapes commemorate the commandment to leave the second shaking of olive trees and grapevines to the poor, meaning that we should always give what we can. And the barley commemorates the commandment not to muzzle to ox when it goes into the corn fields. This reminds us that we should not interfere with the lives of animals when we do not need to, and that they, too, have rights and dignity.

Beitzah – The egg symbolizes a different holiday offering that was brought to the temple. Since eggs are the first item offered to a mourner after a funeral, some say it also evokes a sense of mourning for the destruction of the temple.

Orange - The orange on the seder plate symbolizes full inclusion in modern day Judaism: not only for women, but also for people with disabilities, inter-religious couples, and the LGBT Community.

Matzah is the unleavened bread we eat to remember that when the jews fled Egypt, they didn’t even have time to let the dough rise on their bread. We commemorate this by removing all bread and bread products from our home during Passover.

The fifth ceremonial cup of wine poured during the Seder. It is left untouched in honor of Elijah, who, according to tradition, will arrive one day as an unknown guest to herald the advent of the Messiah. During the Seder dinner, biblical verses are read while the door is briefly opened to welcome Elijah. In this way the Seder dinner not only commemorates the historical redemption from Egyptian bondage of the Jewish people but also calls to mind their future redemption when Elijah and the Messiah shall appear.

Another relatively new Passover tradition is that of Miriam’s cup. The cup is filled with water and placed next to Elijah’s cup. Miriam was the sister of Moses and a prophetess in her own right. After the exodus when the Israelites are wandering through the desert, just as Hashem gave them Manna to eat, legend says that a well of water followed Miriam and it was called ‘Miriam’s Well’. The tradition of Miriam’s cup is meant to honor Miriam’s role in the story of the Jewish people and the spirit of all women, who nurture their families just as Miriam helped sustain the Israelites. 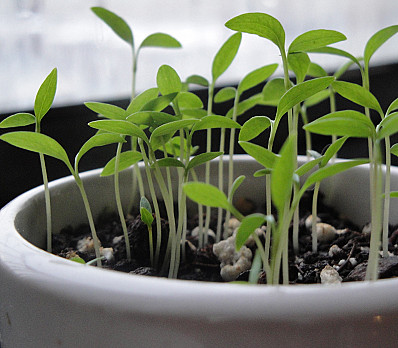 by E.J. Hummel
The Seder Plate We place a Seder Plate at our table as a reminder to discuss certain aspects of the Passover story. Each item has its own significance. Maror – The bitter herb. This symbolizes the harshness of lives of the Jews in Egypt. Charoset – A mix of sweet wine, apples, cinnamon and nuts that resembles the mortar used as bricks of the many buildings the Jewish slaves built in Egypt. Karpas – A green vegetable, here, parsley, is a...
Kadesh

Kadesh for an Atheist and a Jew

by E.J. Hummel
All Jewish celebrations, from holidays to weddings, include wine as a symbol of our joy – not to mention a practical way to increase that joy. The seder starts with wine and then gives us three more opportunities to refill our cup and drink. בָּרוּךְ אַתָּה יְיָ, אֱלֹהֵינוּ מֶלֶךְ הָעוֹלָם, בּוֹרֵא פְּרִי הַגָּפֶן Baruch Atah Adonai, Eloheinu Melech ha-olam, borei p’ree hagafen. We praise God, Ruler of Everything, who creates the fruit of the vine. What a blessing to live in...