How KLP are you?

1. What number appears most frequently in the Haggadah?

2. The first time the Jews ate matzah was:

a) after leaving Egypt in a hurry, with no time for their bread to rise   b) the night prior to leaving Egypt, at the first Passover Seder   c) in 1888, when Manischewitz opened a small matzah bakery in Cincinnati, Ohio

3. The recipe for Charoset is:

4. Of the Four Sons, which is regarded as the most problematic:

5. The miracle of the plague of hail was:

6. What important figure is mentioned only tangentially in the Haggadah:

7. What food may be used for Marror, the bitter herbs?

a) "red horseradish" from the jar   b) lettuce   c) cayenne peppers

8. Before Passover begins, we rid our homes of chametz by:

9. How many Jews were living in Egypt, prior to the onset of the plagues?

10. How much wine should be drunk at each of the Four Cups?

As of 2010, what was the world Jewish population?

by Elliot Cravitz
...is waiting in line to be knighted by the Queen. He is to kneel in front of her and recite a sentence in Latin when she taps him on the shoulders with her sword. However, when his turn comes, he panics in the excitement of the moment and forgets the Latin. Then, thinking fast, he recites the only other sentence he knows in a foreign language, which he remembers from the Passover seder:"Ma nishtana ha layla ha zeh mi kol ha...
Cover 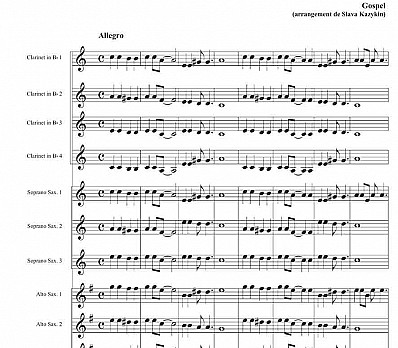 How KLP are you?

by Elliot Cravitz
1. What number appears most frequently in the Haggadah?a) 4   b) 15   c) 600,000 2. The first time the Jews ate matzah was:a) after leaving Egypt in a hurry, with no time for their bread to rise   b) the night prior to leaving Egypt, at the first Passover Seder   c) in 1888, when Manischewitz opened a small matzah bakery in Cincinnati, Ohio 3. The recipe for Charoset is:a) dates, wine, walnuts and apples   b) avocado, bananas, coconut and pine nuts   c)...