THE EXODUS: a story in seven short chapters

1.Once upon a time our people went into galut, exile, in the land of Egypt. During a famine our ancestor Jacob and his family ﬂed to Egypt where food was plentiful. His son Joseph had risen to high position in Pharaoh’s court, and our people were well respected and well-regarded, secure in the power structure of the time.

2.Generations passed and our people remained in Egypt. In time, a new Pharaoh ascended to the throne. He found our difference threatening, and ordered our people enslaved. In fear of rebellion, Pharaoh decreed that all Hebrew boy-children be killed. Two midwives named Shifrah and Puah deﬁed his orders, claiming that “the Hebrew women are so hardy, they give birth before we arrive!”Through their courage, a boy survived; midrash tells us he was radiant with light. Fearing for his safety, his family placed him in a basket and he ﬂoated down the Nile. He was found, and adopted, by Pharaoh’s daughter, who named him Moshe because min ha-mayim m’shitihu,from the water she drew him forth. She hired his mother Yocheved as his wet-nurse. Thus he survived to adulthood, and was raised as Prince of Egypt.

3. Although a child of privilege, as he grew he became aware of the slaves who worked in the brickyards of his father. When he saw an overseer mistreat a slave, he struck the overseer and killed him. Fearing retribution, he set out across the Sinai alone. God spoke to him from a burning bush, which though it ﬂamed was not consumed. The Voice called him to lead the Hebrew people to freedom. Moses argued with God, pleading inadequacy, but God disagreed. Sometimes our responsibilities choose us.

4.Moses returned to Egypt and went to Pharaoh to argue the injustice of slavery. He gave Pharaoh a mandate which resounds through history: Let my people go. Pharaoh refused, and Moses warned him that Mighty God would strike the Egyptian people. These threats were not idle: ten terrible plagues were unleashed upon the Egyptians. Only when his nation lay in ruins did Pharaoh agree to our liberation.

5. Fearful that Pharaoh would change his mind, our people ﬂed, not waiting for their bread dough to rise. (For this reason we eat unleavened bread as we take part in their journey.)Our people did not leave Egypt alone; a “mixed multitude” went with them. From this we learn that liberation is not for us alone, but for all the nations of the earth. Even Pharaoh’s daughter came with us, and traded her old title (bat-Pharaoh, daughter of Pharaoh) for the name Batya, “daughter of God.”

6.Pharaoh’s army followed us to the Sea of Reeds. We plunged into the waters. Only when we had gone as far as we could did the waters part for us. We mourn, even now, that Pharaoh’s army drowned: our liberation is bittersweet because people died in our pursuit.

7. To this day we relive our liberation, that we may not become complacent, that we may always rejoice in our freedom. 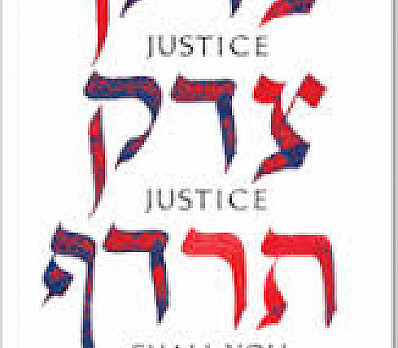 by Talya Finke
The Seder plate Point to each item as we read the explanation. Charoset:  Charoset represents the mortar we were forced to make as slaves in Egypt. Maror: Maror represents the bitterness of slavery.  It is on the seder plate so that we never forget the bitterness of slavery and oppression. Karpas: Karpas symbolizes spring, regeneration and growth, just as the children of Israel were reborn as a people as they left Egypt and their lives of slavery. Beitsa: The egg is...
Kadesh

by Talya Finke
“If to be free is the most important goal of all, then to help someone else to be or become free must be the most sublime and rewarding of human endeavours” Eli Wiesel This year I want us as Habonim Dror to allow for the wine to represent four different freedoms we are working towards in the world 1. Freedom from government-led oppression 2. Freedom from pressure to conform to societal norms 3. Freedom from patriarchal society 4. Freedom from indifference...