Dayenu provides a powerful contemporary hashkafah (outlook on life), a call to mindfulness about the way we currently lead our lives.

From singing Dayenu we learn to celebrate each landmark on our people's journey. Yet we must never confuse these way stations with the goal. Because it is not yet Dayenu. There is still so much to do in our work of tikkun olam, repairing the world.

When children grow up in freedom, without hunger, and with the love and support they need to realize their full potential, Dayenu.

When the air, water, fellow creatures and beautiful world are protected for the benefit and enjoyment of all and given priority over development for the sake of profit, Dayenu.

When people of all ages, sexes, races, religions, sexual orientations, cultures and nations respect and appreciate one another, Dayenu.

When each person can say, "This year, I worked as hard as I could toward improving the world so that all people can experience the joy and freedom I feel sitting here tonight at the seder table," Dayenu v'lo Dayenu - It will and will not be enough.

"Dayenu" has 15 stanzas, 15 aspects, 15 gifts. The first five involve leaving the lowliness of enslavement to our bodies. The second five describe miracles, and the last five are closeness to God.

Leaving Egypt is lifting you into an awareness of your soul. That would have been enough.

2) "If He had executed justice upon the Egyptians."

Justice means that once you have clarity and you know good from bad, you can fight evil. That would have been enough.

3) "If He had executed justice upon their gods."

This is when people who subscribe to ideologies of selfishness and greed appear to be prospering and happy -- and then you see the falsehood of those gods exposed. That would have been enough.

There's a higher level of satisfaction when the vicious exploiters have their power broken. That would have been enough.

When you refine your soul, you acquire all physical pleasures as well. That's what it means "they acquired the Egyptian's wealth." At the moment the Jews left Egypt they became a refined soul. And that would have been enough.

As the sea opens up for the Jews, God released us from constraint. That would have been enough.

This is when you don't just get the miracle, but it's with ease. You pass through nature, which is transformed.  That would have been enough.

8) "If He had drowned our oppressors."

This is when nature is not only "not your enemy," but has become completely submerged and is now your friend. God removed that insecurity by allowing the Jews to travel through the parted waters. That would have been enough.

9) "If He had provided for our needs in the wilderness for 40 years."

Nature  surrounded the Jewish people with its beauty. That's what the Jews felt for 40 years in the desert -- nature flowing with them. That would have been enough.

With the manna, the Jews woke up every morning and saw a thin layer of food carpeting the desert floor. They gathered exactly what they needed each day. They didn't have to worry. That would have been enough.

Shabbat is a special day to focus on learning, growing and family life. And that would have been enough.

When the Jews came to Mount Sinai, they had absolute unity as a people. They had achieved national revelation and embraced the spiritual world around them. That would have been enough.

The beauty of Torah is that it directs us as to what to do. Torat Chaim  is literally "Instructions for Living." It guides our daily actions and provides a clear guide to morality and self-actualization. And that would have been enough.

As Jews, you are always at home in the land of Israel.  You are welcomed by your brethren and connected by history tradition and values. When you're at home, you're more open to everything around you. Israel is our special home. And that would have been enough.

The greatest gratitude is reserved for the Holy Temple in Jerusalem, the site of the Binding of Isaac, Jacob's dream with the ladder, King Solomon's Temple, and the focus of Jewish hopes and prayers for 3,000 years. And that would have been enough. 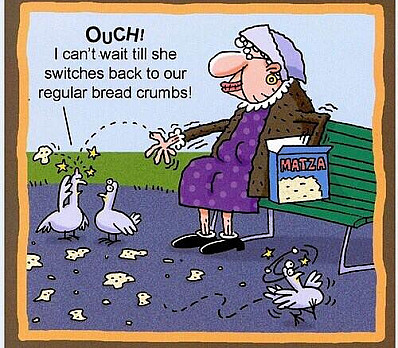