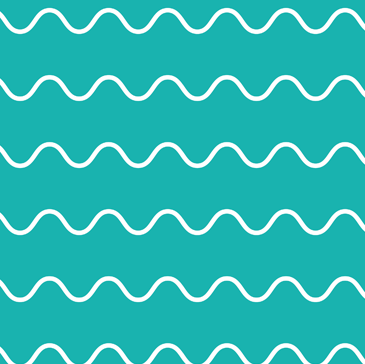 Thank you, Adonai, for giving us so many reasons to celebrate, and for family and friends to celebrate with. Baruch ata adonai eloheinu melech haolam, borei pri hagafen. Blessed is the maker of the fruit of the vine! 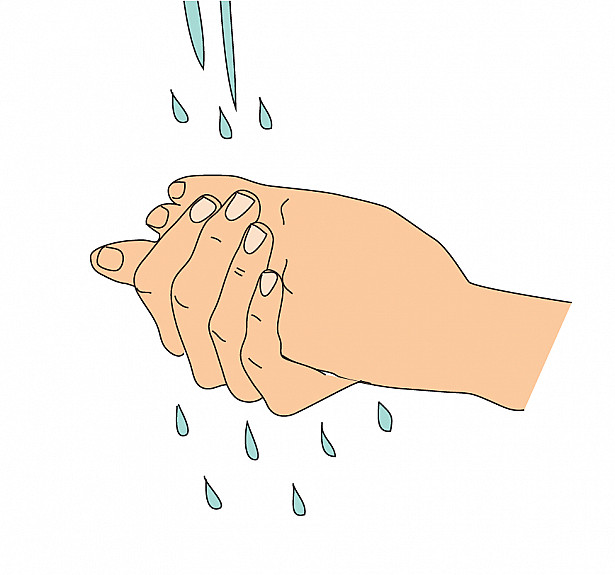 This is the part where we go and wash our hands, but without saying a blessing.

Karpas is where we take that little piece of green vegetable on the table and dip it into the salt water.

Did you know that the karpas symbolizes how the Jews left Egypt in the spring?

Also, the salt water represents the tears of the Jewish people in Egypt.

by Eileen Levinson
Source : The Union Haggadah, ed. by The Central Council of American Rabbis, at sacred-texts.com

Some parsley, lettuce or watercress is distributed to all present who dip it in salt water or in vinegar, and before partaking of it say in unison:

Praised art Thou, O Lord our God, King of the universe, Creator of the fruit of the earth.

Now we get on to the part when we break the middle matzah into 2.

The bigger piece is the afikomen and the smaller piece goes back into the middle spot of the matzah.

We now tell the story of Passover. I made it very brief so we don't have to sit around whining about not getting food yet.

At the end of the biblical book of Genesis, Joseph brings his family to Egypt. Over the following centuries, the descendants of Joseph's family (the Hebrews) become so numerous that when a new king comes to power he fears what might happen if the Hebrews decide to rise against the Egyptians. He decides that the best way to avoid this situation is to enslave them (Exodus 1). According to tradition, these enslaved Hebrews are the ancestors of modern day Jews.

Despite pharaoh's attempt to subdue the Hebrews they continue to have many children. As their numbers grow, pharaoh comes up with another plan: he will send soldiers to kill all newborn male babies who were born to Hebrew mothers. This is where the story of Moses begins.

In order to save Moses from the grisly fate pharaoh has decreed, his mother and sister put him in a basket and set it afloat on the river. Their hope is that the basket will float to safety and whomever finds the baby will adopt him as their own. His sister, Miriam, follows along as the basket floats away. Eventually it is discovered by none other than pharaoh's daughter. She saves Moses and raises him as her own, so that a Hebrew child is raised as a prince of Egypt.

When Moses grows up he kills an Egyptian guard when he sees him beating a Hebrew slave. Then Moses flees for his life, heading into the desert. In the desert he joins the family of Jethro, a Midian priest, by marrying Jethro's daughter and having children with her. He becomes a shepherd for Jethro's flock and one day, while out tending the sheep, Moses meets God in the wilderness. The voice of God calls out to him from a burning bush and Moses answers: "Hineini!" ("Here I am!" in Hebrew.)

God tells Moses that he has been chosen to free the Hebrews from slavery in Egypt. Moses is not sure he can carry out this command. But God reassures Moses that he will have help in the form of God's aide and his brother, Aaron.

Soon afterward, Moses returns to Egypt and demands that pharaoh release the Hebrews from bondage. Pharaoh refuses and as a result God sends ten plagues upon Egypt:1. Blood - The waters of Egypt are turned to blood. All the fish die and water becomes unusable.2. Frogs - Hordes of frogs swarm the land of Egypt. 3. Gnats or Lice - Masses of gnats or lice invade Egyptian homes and plague the Egyptian people. 4. Wild Animals - Wild animals invade Egyptian homes and lands, causing destruction and wrecking havoc.5. Pestilence - Egyptian livestock is struck down with disease.6. Boils - The Egyptian people are plagued by painful boils that cover their bodies.7. Hail - Severe weather destroys Egyptian crops and beats down upon them.8. Locusts - Locusts swarm Egypt and eat any remaining crops and food.9. Darkness - Darkness covers the land of Egypt for three days.10. Death of the Firstborn - The firstborn of every Egyptian family is killed. Even the firstborn of Egyptian animals die.

The tenth plague is where the Jewish holiday of Passover derives its name, because while the Angel of Death visited Egypt it "passed over" Hebrew homes, which had been marked with lambs blood on the doorposts.

After the tenth plague pharaoh relents and releases the Hebrews. The quickly bake their bread, not even pausing for the dough to rise, which is why Jews eat matzah (unleavened bread) during Passover.

Soon after they leave their homes pharaoh changes his mind and sends soldiers after the Hebrews, but when the former slaves reach the Sea of Reeds the waters part so that they can escape. When the soldiers try to follow them, the waters crash down upon them. According to Jewish legend, when the angels began rejoicing as the Hebrews escaped and the soldiers drowned God reprimanded them, saying: "My creatures are drowning, and you're singing songs!" This midrash (rabbinic story) teaches us that we should not rejoice in the sufferings of our enemies. (Telushkin, Joseph. "Jewish Literacy." pgs 35-36).

Once they have crossed the water, the Hebrews begin the next part of their journey as they search for the Promised Land. The story of Passover recounts how the Hebrews gained their freedom and became the ancestors of the Jewish people.

When Israel was in Egypt land, "Let my people go!"

Oppressed so hard they could not stand. "Let my people go!"

The Lord told Moses what to do, "Let my people go!"

To lead the children of Israel through, "Let my people go!"

Praised are you, Adonai our God, Ruler of the universe, who makes us holy through Your commandments, and commands us to eat matzah.

At the point of Motzi matzah one should have three matzot on the Seder plate. The top matzah and the bottom matzah is full, and the middle matzah is the matzah that was broken for the procedure of Yachatz larger piece of the broken matzah is off the table hidden away to be used later for the Afikoman, and the smaller piece is in between the two full pieces. It is a positive commandment to eat matzah on the Seder night. To fulfill one's obligation, one must eat a correct measure described as the size of an olive.

Usually we only say one blessing over bread, but why do we say two this time? 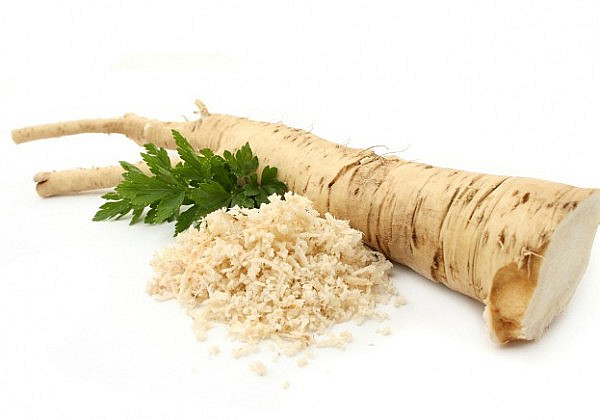 Maror comes from the hebrew word for bitter. The maror symbolizes the bitterness of slavery in Egypt. Only certain vegitables are to be used to make maror such as: horseradish and romaine lettuce (the most common vegitables used). The blessing for the maror is

Question: Why do we have Maror in the seder? 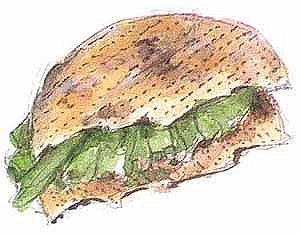 We do the Koreich step so we can fulfill our obligation of Matzah and Maror according to all sides of an argument regarding the performance of the commandments of eating matzah and maror at the time when we had the Holy Temple.

Some people dip the bitter herb in the charoset.

At this time we say the words: “This is what Hillel did, at the time that the Temple stood. He wrapped up some Pesach lamb, some matzah and some bitter herbs and ate them together.”

Alex: My family eats the matzah with the charoset as a sandwich. I don’t think it’s that good so I only have a small bite.

Hannah: I think the sandwhich has a spicy and bitter taste and should be consumed in small quantities. 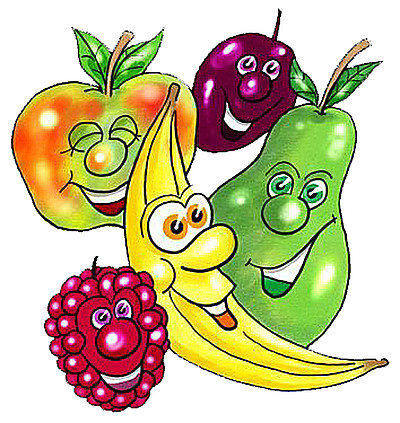 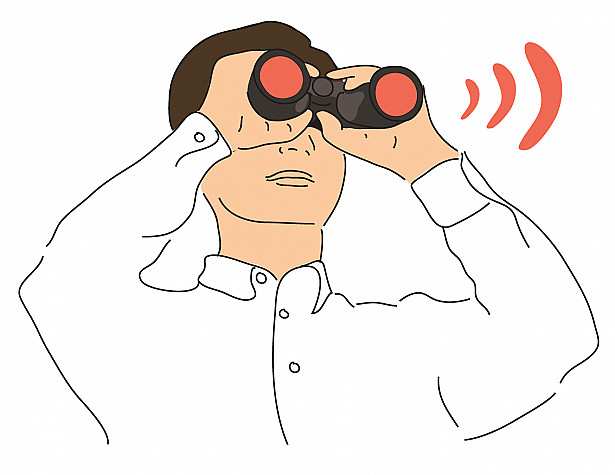 Opening the Door for Elijah 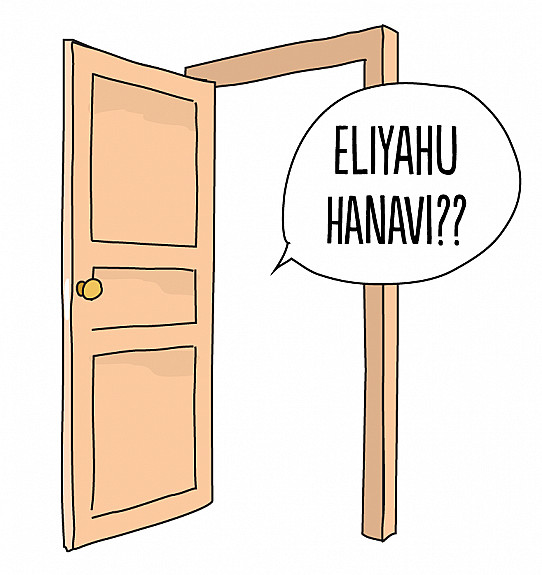 My father bought for two zuzim

Then came the cat and ate the kid

Then came the dog And bit the cat

Then came the stick and beat the dog

That bit the cat that ate the kid

Then came the fire and burned the stick

That beat the dog That bit the cat

Then came the water and quenched the fire

That burned the stick That beat the dog

That bit the cat That ate the kid

Then came the ox and drank the water

That quenched the fire That burned the stick

That beat the dog That bit the cat

9 Then came the angel of deathAnd slew the butcher . .

10. Then came the Holy One, blest be He!And destroyed the angel of death . .